This article is brought to you by the NZCAR Pet Detective Service.

Back in 1997, MAR Network Director Kat Albrecht began to study the behavioral patterns of lost cats and dogs. Due to a background in search-and-rescue (searching for lost people), Kat understood the critical connection between behavior and the distances that people travel when lost. It made sense to Kat that the behavior of dogs (and cats) would also influence the distances that they travel.

There’s an important distinction to make between the behavior of lost dogs and lost cats and it has to do with people. When would-be-rescuers see a cat walking down a sidewalk, they rarely (if ever) say, “Look! That cat must be lost!” However, when that same would-be-rescuer sees a helpless, shivering Chihuahua trotting down the same sidewalk, they likely would say, “Look! That dog must be lost!” Both the cat and the Chihuahua could be lost pets, but people perceive loose dogs differently and they are more inclined to intervene (and “rescue”) the dog. This means that in the majority of lost dog cases, you are actually looking for people - people who found your dog (and have him in their possession) or people who have seen your dog (and know the area where you should be searching). Posting a lost (and a found) dog on this site, Lost & Found Facebook pages and on places like Neighbourly are highly effective. You need to mass market your missing dog because you need to get the information to as many people as possible that your dog is missing. Social media, giant neon posters, “tagging” your car, and “Intersection Alerts” are also highly effective methods that can and should be used. You can also check to see if you can find local volunteers or professionals that can help you in your effort to recover your missing dog.

Below is a small sample of what Kat has learned and now teaches her consultants and pet detectives. We hope that this info helps you to recover your missing dog!

Many dogs, even dogs that normally are not fearful at home, become terrified when they become lost. While some dogs will ultimately calm down and then approach people, other dogs will continue to run from everyone, including their owners! One of the worst things that you can do is CALL a stray, loose, or panicked dog. That’s because if too many people have already tried to capture the dog, calling him becomes a “trigger” that can cause him to automatically take off in fear when anyone, including his owner, calls him. Instead, you will want to use “Calming Signals” to calm the dogs fear and attract him to come towards you using specific body language and a food lure. MPP Founder Kat Albrecht demonstrates how to calm and lure a panicked dog in her YouTube video Calming Signal Panicked Dogs, click here to view.

Our first major tip is Don’t Call Your Dog! We know. It sound’s crazy-stupid to say “Don’t Call Your Dog!” after your dog has escaped and is running loose (or when you encounter a stray dog). You’re probably thinking, “But he always comes to me when I call him” or “So HOW will I get the dog to come to me if I see him but I can’t call him?” The answer is BY CALMING HIM and ATTRACTING HIM to come to you. Your next instinct, when the dog runs, is then to chase after the dog and this is the WORST thing that you can do! Thus, when you hear or see the words “DO NOT CHASE YOUR DOG if it is lost” this includes DO NOT CALL your dog (since calling a dog can create chasing). Visit our Don’t Call Your Dog! page for more information.

The three most common reasons why dogs become separated from their families are opportunistic journey, wanderlust, and blind panic.

Opportunistic journey is when a gate or door is accidentally left open. While some dogs will remain in their yards or at their homes, most simply can’t refuse the temptation to explore when presented with the opportunity. Although these dogs might not actively attempt to leave, their noses just lead them on a journey that can take them blocks or even miles from home.

Wanderlust is a common problem in intact male dogs of any breed, as well as certain breeds like hounds. These dogs will actively attempt to escape by climbing, digging, or wiggling to escape their yards. They will also bolt out a door or pull to get away from their handler if the opportunity presents itself. Wanderlust is responsible for the displacement of many dogs and a major contributing factor to the stray populations in our shelters.

Blind panic is a situation in which the “flight” instinct (from the hardwired “fight or flight” response to stimuli) kicks in and a dog runs in what we call a blind panic. This can happen for three reasons: xenophobic (skittish) temperament, loud noises (thunder, gunfire), or traumatic incident (involved in car accident, explosion, etc). These dogs are the most difficult to catch since they will travel far, travel fast, and avoid human contact, even with their own family members!

There are human behaviors, animal behaviors, and other factors that influence the distance that a lost dog will travel. Be sure to consider the following:

There are six major factors that influence the distances that a lost dog will travel: Temperament, Circumstances, Weather, Terrain, Appearance, and Population Density.

Temperament of the Dog

How a dog behaves towards strangers influences how far it will travel (when lost) before someone intervenes and rescues it. There are three primary behavioral categories of lost dogs: Gregarious Dogs, Aloof Dogs, and Xenophobic Dogs.

Gregarious Dogs: Wiggly-butt, friendly dogs are more inclined to go directly up to the first person who calls them. Depending on the terrain and population density where the dog was lost, these dogs will generally be found fairly close to home or will be picked up by someone close to the escape point. Gregarious dogs are often “adopted” by individuals (not shelter or rescue workers) who find them.

Aloof Dogs: Dogs with aloof temperaments are wary of strangers and will initially avoid human contact. They will be inclined to accept human contact only after they have overcome fear issues and become hungry enough. While these dogs can travel a great distance, aloof dogs eventually can be enticed with food and patience, typically by experienced rescuers who know how to approach and capture a wary dog. These dogs are often recovered by animal control officers and rescue group volunteers. Their wariness can be easily misinterpreted as “abused.” In addition, these dogs if not recovered for weeks or months after their escape, often have the physical appearance (thinness, injuries, stickers, ticks, etc.) that they are homeless, abused, and unloved.

Xenophobic (Fearful) Dogs: Xenophobia means “fear or hatred of things strange or foreign.” Dogs with xenophobic temperaments (due to genetics and/or puppyhood experiences) are more inclined to travel farther and are at a higher risk of being hit by cars. Due to their cowering, fearful behavior, people assume these dogs were “abused,” and even if the dog has ID tags, they will refuse to contact the previous owner. Some of these panic-stricken dogs will even run from their owners! It may be necessary to use other dogs to get close enough to capture them or to use baited humane dog traps.

A dog that digs out from a yard to explore a scent will tend to travel a short distance before it is found meandering and doubling back as it explores a scent. On the other hand, a dog that bolts in panic due to fireworks or thunder will take off at a blind run and can run for several miles.

Weather: A dog that escapes on a beautiful spring day may travel farther than one that escapes in a snowstorm. Extreme weather conditions (snow, hail, rain, sweltering heat) will decrease the distances that lost dogs travel.

Appearance of the Dog: What a dog looks like can influence how quickly it will be picked up by a rescuer. In general, most people are less inclined to pull over and attempt to grab a loose Pit Bull they perceive as being “aggressive” than they would a “friendly” Labrador Retriever. Also, size matters as people are more inclined to pick up small dogs because they look vulnerable and are easier to transport and house than large dogs. In addition, people are more likely to attempt to rescue a purebred dog that they perceive to have value than a mixed breed dog. When average motorists see a mixed breed dog trotting down the sidewalk, their impression is often that the dog belongs in the neighborhood or that it is a homeless stray. But when those same people see a Boston Terrier, they are inclined to believe that, because it is a “valuable purebred dog,” it must be a lost pet.

Dog owners often behave in ways that actually inhibit their chances of recovering their lost dogs. Some develop a “wait and see” approach (believing their dog will return home like Lassie) and by the time they start actively looking, the vital first few hours to locate the dog (or witnesses who saw the dog) are gone. Others develop “tunnel vision” and fail to find their dog because they focus on wrong theories. They assume their dog was “stolen and sold by gangs” when in fact their dog might have been rescued and put up for adoption through a local rescue or the SPCA. They experience “grief avoidance” and quickly give up their search effort because they really believe they will never see their dog again. They feel helpless and alone, often discouraged by others who rebuke them and tell them “it was just a dog” and “you’ll never find your dog.”

In addition, the level of human animal bond (HAB) will influence the recovery efforts. People with a strong HAB will go to extremes to find their lost dog. They will accomplish the “impossible” task of visiting all shelters, posting flyers, and contacting rescue groups while maintaining a full-time job and other family commitments. On the other hand, people with a weak HAB will quickly become discouraged, assume they will never see their dog again, and will stop searching.

People who find stray dogs often misinterpret the dog’s behavior; they assume that the cowering, fearful dog was “abused” when in fact the dog has a xenophobic temperament and has been shy and fearful since it was a puppy, due to genetics and puppyhood experiences. Dogs found in rural areas are often assumed to be “dumped” and homeless; many rescuers never think this could be a dog that was lost. Some people who find a stray dog that does not have a collar automatically assume it is “homeless” and therefore they immediately work to place the dog rather than attempt to find the dog’s owner. In addition, the first place the owner of a lost dog will search for his or her dog – the local shelter – is typically the last place that someone who finds a loose dog will take it (due to the fear of euthanasia)!

If you would like more help discussing your dog type and how they are likely to react, you can book time with an NZCAR Pet Detective for a one-on-one personalised service. This email address is being protected from spambots. You need JavaScript enabled to view it.. 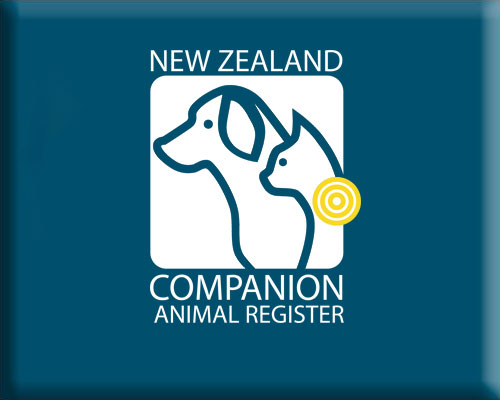 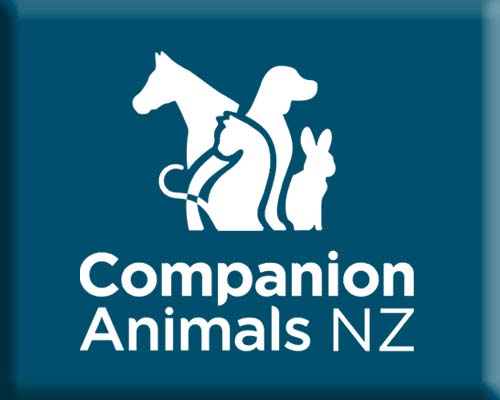 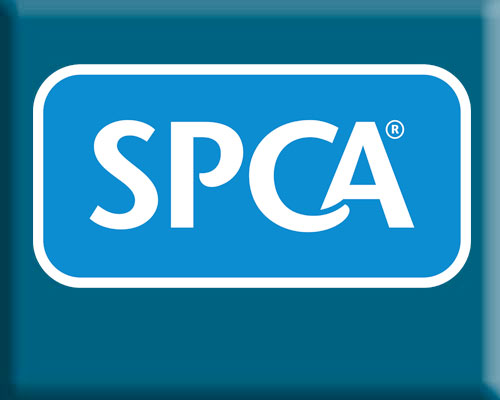 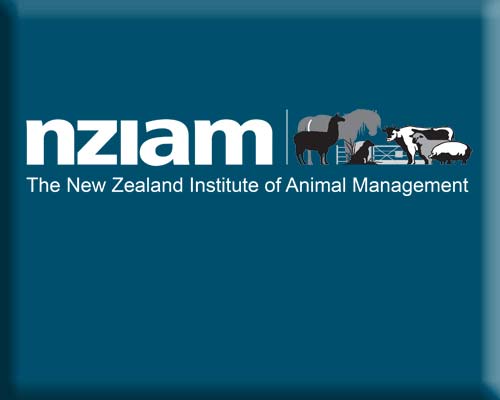 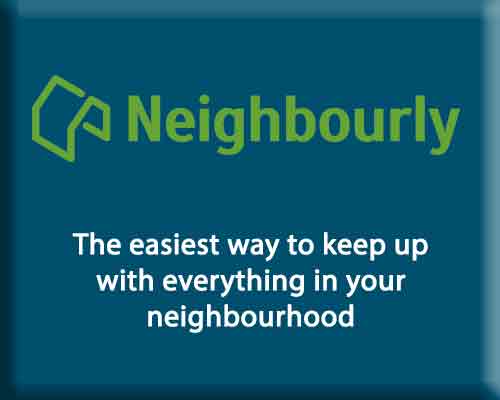 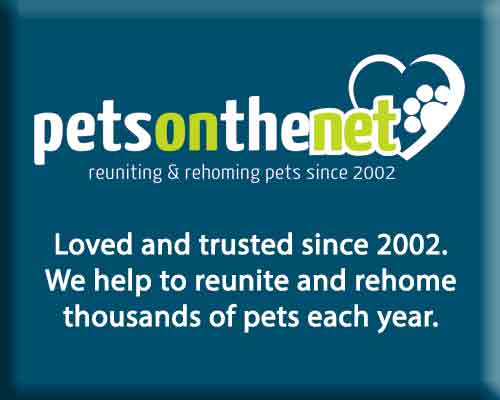 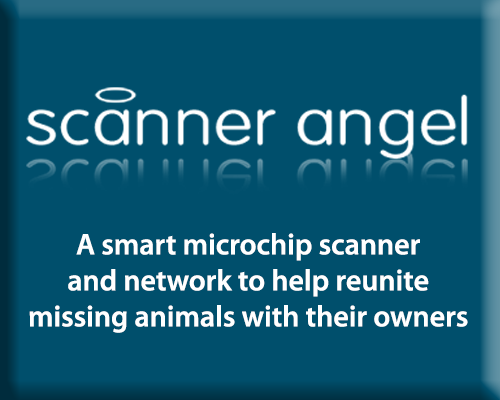 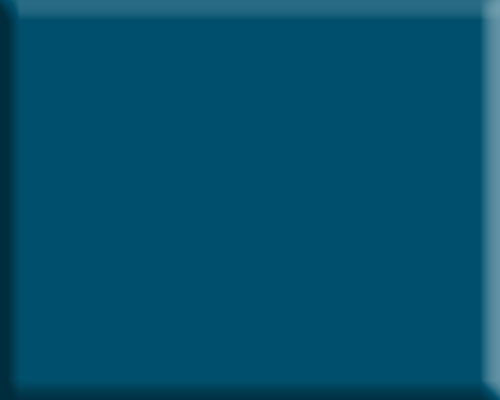